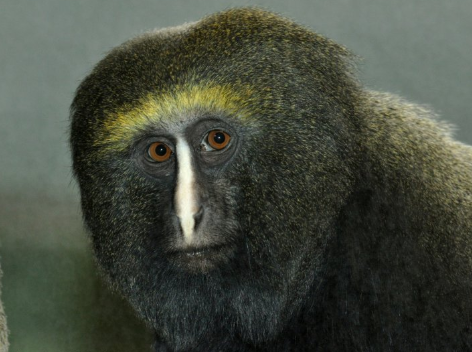 Uganda is known to be home to several primate species with Kibale National Park being habitat to the highest primate density in all of Africa, this makes every day is a primate day while on a safari in Uganda. RAK Safaris has over the years mastered the business of offering primate safaris in Uganda, Rwanda and Congo, taking you through different forests to enjoy refreshing glances at rare species of primates that include; Black-and-white colobus monkey, Ugandan red colobus monkey, Ugandan red-tailed monkey and blue monkey, Golden monkey, Grey-cheeked mangabey, Olive baboon, Patas monkey, L’hoest monkey, Chimpanzee, Mountain gorilla.

The Hamlyn’s monkey also known as the owl-faced monkey, is a species of Old World monkey that inhabits the bamboo and primary rainforests of the Congo. This species is exceedingly rare and known only from a few specimens; little is known about it. However these specimens tend to be widely dispersed throughout the eastern part of Congo, from the Epulu River to the Lukuga River, from the Congo River to the Kibale Forest, with one example in northwestern Rwanda. It geographically corresponds quite closely with yet another species of monkey, L’Hoest’s monkey. It travels on the ground, and research points to this species as being noctal.

If planning for your primate adventure Safari in Uganda, Our reservation team will be glad to respond to any questions or inquiries for your memorable primate safari. To book a safari or inquire, simply send us an email to info@raksafaris.com or call us now on +256-782 061184 to speak with our reservations team.